A dynamic and well supported team

Our team consists of both young and dynamic lawyers, hired through a demanding and selective process, and experienced lawyers. Together, they provide our clients with multidisciplinary expertise and strategic advice, whether for a trial, a negotiation or an opinion in a full range of legal areas. 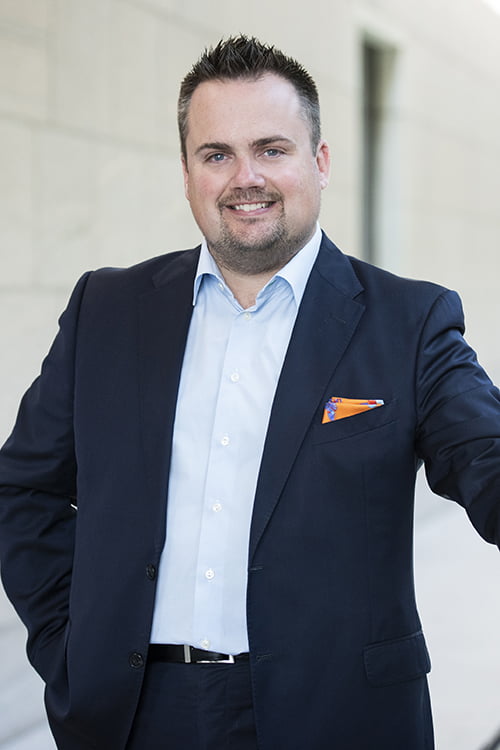 Originally from the Outaouais region, Mtre Duclos has been practicing law in this area since 2002 after starting his career with a large Montreal firm. He joined our office in 2007 and has been a partner since 2009.

Mtre Duclos is a litigator practicing in civil, commercial and administrative litigation, labour law, as well as in the enforcement of securities, bankruptcy and insolvency. In commercial and corporate law, he is called upon to defend the interests of clients in shareholder disputes and disputes over the interpretation of various commercial agreements.

Mtre Duclos is regularly called upon to act on behalf of banks, trustees in bankruptcy or creditors to enforce their claims and securities or to represent them in proceedings governed by the Bankruptcy and Insolvency Act.

Numerous real estate developers and general contractors benefit from Mtre Duclos’ advice in matters of real estate and municipal law as well as in their legal interactions and litigation with municipalities and other government decision-makers.

Mtre Duclos and his team also act for many players in the construction industry with respect to all types of litigation arising from this important sector of the economy.

In recent years, Mtre Duclos has acted before the courts, including the Federal Court, in connection with Government of Canada investigations of senior public servants for alleged misconduct or mismanagement. In particular, he has represented public servants involved in investigations by the Office of the Public Service Integrity Commissioner of Canada on several occasions.

In addition, Mtre Duclos regularly represents employers and management employees in labour relations cases, such as dismissals, sanctions, disciplinary measures and any other crisis situations that must be managed promptly by an employer or an employee.

Mtre Duclos has also earned a reputation for his expertise in extraordinary remedies (such as injunctions, seizures before judgment and orders under the Canada Business Corporations Act), particularly in resolving impasses in shareholder disputes or in responding to other emergency orders aimed at preventing commercial fraud. He is also an accredited trainer by the Quebec Bar in this field.

Over the years, Mtre Duclos has acted in numerous civil liability cases for accident victims of all kinds as well as for insurers, and his team is able to bring major litigation to a successful conclusion in such matters.

Unfortunately, the aging and death of our loved ones brings its share of worries and MtreDuclos regularly acts for mandataries, liquidators and heirs in litigation or as an advisor in this field.

He values teamwork and always ensures that the right person is assigned to the right task in each case. His goal is to obtain the best results for the client, whether it be before the courts or through strategic negotiations.

As a member involved in the legal community, Mtre Duclos served on the Board of Directors of the Outaouais Bar Association from 2013 to 2018.  He is also a member and director representing Outaouais lawyers within the APAAQ (Association professionnelle des avocats et avocates du Québec). Mtre Duclos has also taught classes about legal priorities and hypothecs at the Quebec Bar School. You can also hear him regularly as a legal commentator on FM 104.7, where he is happy to explain various aspects of his profession to listeners.

Admission to the Quebec Bar